Our Mayor and City Council are consistently getting bad legal advice from incumbent City Attorney Mara Elliott, which puts the City and taxpayers at risk for costly mistakes. 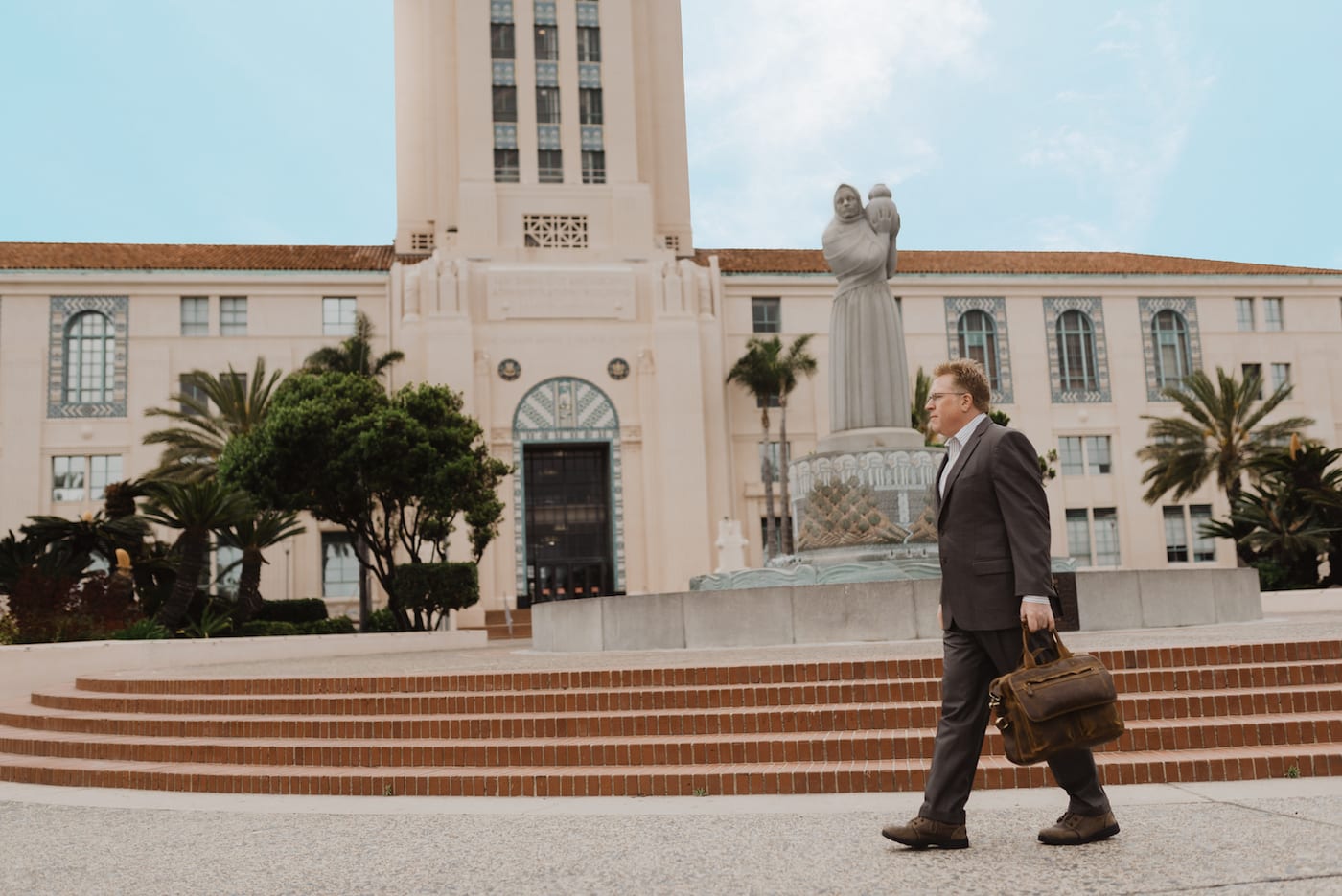 Mara Elliott has failed on a series of critical legal issues:

Every lawyer, whether in private practice or working for the government, must always put clients first and avoid even the appearance of a conflict of interest. But incumbent City Attorney Mara Elliott plays by a different set of rules.

In 2012, San Diego voters approved Proposition B in order to bring down the costs of City-employee pensions. Prop B was immediately challenged by several employee unions, including the Deputy City Attorneys Association (DCAA). The challenge went all the way to the California Supreme Court, where Elliott assigned her Chief Deputy City Attorney to defend the will of the voters against the unions’ lawsuit; strangely, she never asked the Mayor or City Council to waive any conflict of interest. The City lost at the Supreme Court, and now taxpayers may have to pay tens of millions of dollars extra to employees. Adding insult to injury, while the lawsuit was being litigated, Elliott solicited and received employee-union endorsements for her re-election from the DCAA and at least one other.

(By the way, I will not take a pension from the City.)

There’s no greater responsibility for any adult -- whether a public official or not -- than protecting children.  As the City’s top law-enforcement officer, the City Attorney must make sure that all allegations of child abuse are promptly, thoroughly, and professionally investigated and that there are no leaks compromising a criminal investigation.

Unfortunately, incumbent City Attorney Mara Elliott appears to have a different view of her obligations, despite campaigning three years ago on a promise to protect kids from abuse.

In late 2016, a teacher at San Diego Junior Theatre (SDJT) engaged in illegal sex with a minor. In April 2017, a concerned father whose children attended SDJT e-mailed Elliott and asked her to investigate additional allegations of child abuse by SDJT staff; the father attached 110 pages of evidence to his e-mail.  SDJT's lawyer was one of Elliott’s largest campaign donors, and two of her deputies sat on SDJT’s board of directors.  Less than 24 hours after receiving the father's e-mail, Elliott forwarded it to the campaign donor without bothering to read the evidence first.  As she told the donor: “I haven’t read the attachments yet. . . .”

Her office did not investigate.

Because protecting kids is never a partisan issue, two members of the City Council — one Republican and one Democrat — recently asked the Attorney General to investigate.

(Full disclosure: I represent the father in his lawsuit against the City to get public records concerning its lack of an investigation into his allegations.)

As the City’s legal representative in court, one of the most important jobs of the City Attorney’s Office is to defend the will of the voters after they enact laws and to protect their right to vote on new laws. Unlike incumbent City Attorney Mara Elliott, I will never betray the voters and will always take their side.

After the required number of voters signed petitions to have SoccerCity and SDSU West put on the ballot -- so that the voters could decide the future of the Qualcomm Stadium site in Mission Valley -- Elliott filed lawsuits to block both measures from appearing on the ballot. Her bad legal advice cost the taxpayers nearly $600,000 because the City had to pay the winners’ legal expenses. (Full disclosure: I was one of the lawyers who intervened on behalf of voters to defend their right to vote. My share of the cost was less than $600.)

I believe that public officials should be fully transparent, always act lawfully, and consistently strive to reinforce (rather than undermine) the public’s trust in government.  Incumbent City Attorney Mara Elliott does not share those values.

After her office suffered a series of defeats in court, Elliott attempted to secretly re-write the California Public Records Act without notifying the Mayor or City Council. They learned about what she was trying to do only after her proposal was reported in the news.

Like the public and reporters up and down the state, the Orange County Register was outraged: "If the Legislature were a magic show, San Diego City Attorney Mara Elliott would deserve an award for the dark arts in her skillful, albeit deeply disturbing, sleight-of-hand," adding that what she did "is the definition of a Vegas-style smoke-and-mirrors act."

Not surprisingly, the Mayor and City Council were very unhappy about what Elliott had done and voted unanimously to oppose her proposal. Shortly thereafter, it was dropped in the state legislature.  (Elliott’s attack on transparency is even worse given that more than 82% of San Diego’s voters amended the City Charter in 2004 to guarantee the public’s right of access to information about how City officials are conducting the public’s business. )

As the top legal advisor to the Mayor and City Council, the City Attorney must always be thinking about how to protect taxpayers from the consequences of bad legal advice. Incumbent City Attorney Mara Elliott does not prioritize taxpayer protection.

In 2019 alone, Elliott lost one case in which the court ordered the City to compensate employees who were shorted on their pensions, which could amount to tens of millions of dollars in back pay; and another challenging the City's construction contracts for the new water system, with delays costing $4 million per month.

With competent, non-political legal advice from the City Attorney's office, these costly defeats -- and many others -- could have been avoided.