City Attorney's Chief of Staff Has a Political Role, Not a Legal One 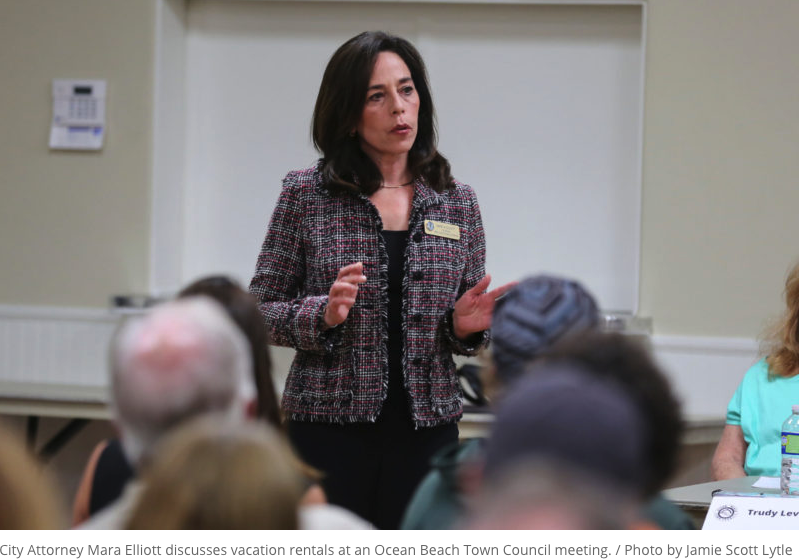 One problem with that theory is that Braun is not a member of the California State Bar.

Every political chief of staff looks at their email, text or tweet before they press send with the New York Times Rule in mind: How would you like to see what you have written in this email on the front page of the Times? The New York Times Rule is one of the few things that keep politics from devolving even more deeply into mayhem, and every chief of staff in America is subject to it.

That is, every chief of staff in America except for Braun.

For Elliott, who has been mentioned as a candidate for mayor in 2020, Braun’s exemption from the New York Times Rule is a real boon. She is essentially weaponizing attorney-client privilege. Braun can be as threatening, as bullying, as sexist or as profane as he would like to be, and his victims have no recourse. If they release the communications, they could be prosecuted. A chief of staff who can say anything he wants with no threat of scrutiny or recrimination can be very effective in forwarding his boss’s career.

Everyone else in the business has to sweat over every public communication he or she sends out. Having been a chief of staff in Congress, every day of my seven and a half years on Capitol Hill, I spent a big chunk of my day thinking, before hitting send, about how my texts and emails could be twisted to portray me or my boss in an unfavorable light. Being able to skip that part of the job, Braun can probably go home early most days, something I was never able to do.

Elliott is one of the few politicians in America trying to walk back transparency in government. Worse, her efforts are dangerous. With a decrease in transparency comes a corresponding increase in the potential for intimidating or unethical communications.

Like Braun, I am not a lawyer. Having talked to several lawyers about Elliott’s assertion of privilege, the common reaction is disbelief. They then try to explain that attorney-client privilege is meant to protect the client, not the attorney. As far as I can tell, Elliott is the only attorney who sees attorney-client privilege as protecting the attorney. If Goldsmith made the same assertion while Braun was in his employ, it is not evident.

Unfortunately, Elliot’s opinion matters at City Hall, and the threat of prosecution has had a chilling effect on communication there.

If Elliott can’t quite get the legal interpretation right, she is an ambitious politician, and may be more adept at interpreting public opinion. If she is eying the bigger prize and considering a mayoral run, she probably doesn’t want to be on the wrong side of an historical, bipartisan, nationwide push for transparency in government.

Steven Moore is a public affairs consultant in San Diego and was a chief of staff in the House of Representatives from 2006 to 2013. Moore’s commentary has been edited for style and clarity. See anything in there we should fact check? Tell us what to check out here.