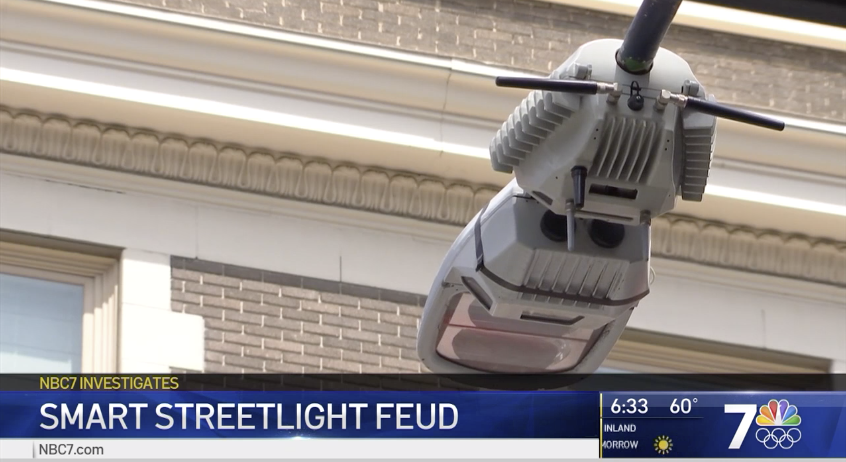 City Attorney Mara Elliott refuses and says she will not be “silenced.”

The rift between city councilmembers and City Attorney Mara Elliott has widened over the future of government surveillance in San Diego.

On January 30, City Council President Georgette Gomez and council member Monica Montgomery requested that City Attorney Elliott recuse herself and hire outside legal counsel to help draft a new surveillance ordinance, according to a city memo obtained by NBC 7 Investigates.

In the January 30 memo, Gomez and Montgomery suggested Elliott could not be impartial when drafting a new city ordinance, governing the use of streetlight cameras. City Attorney Elliott disagrees.

“Given your recent press release and related public statements regarding the City’s smart streetlights, it is evident that you hold a distinct policy position on this matter,” reads the memo.”

In recent months, some city council members and members of the public criticized Elliott for her role in approving the installation of more than 3,000 cameras on city street lights.

They say the city attorney failed to advise the city council of the scope of the smart streetlight program when the council approved the program in December 2016.

In addition, according to recent media reports, Elliott also failed to notify the city council that she owns stock in General Electric, whose subsidiary installed the sensors on light posts citywide.

In October of last year a public advocacy group, represented by city attorney candidate Cory Briggs, sued the city for refusing to turn over data from the street light cameras.

The debate boiled over last week when Elliott held a news conference to show her support for the program and try and dispel accusations that she failed to properly inform city council of the contract. Opponents of the program as it currently operates also showed up and called on the city council to ask for an independent counsel to draft a new ordinance.

On Monday February 3, Elliott fired back at the suggestion the city should hire outside counsel and accused the council members of trying to silence her.

"I believe the City can protect its citizens from crime without infringing on their privacy rights,” reads Elliott’s statement to NBC 7. “Seeing all sides of complex issues is my job. I have a duty to speak my mind and I will not be silenced."

Seeing all sides of complex issues is my job. I have a duty to speak my mind and I will not be silenced. City Attorney Mara Elliott

In response to Gomez and Montgomery’s request, Eliott issued her own memo on January 31 and said the call for outside legal did not meet the city’s threshold to do so.

“As you are aware,” Elliott wrote, “the City Charter establishes clear criteria for retaining outside counsel and public statements supporting existing Council policies is not one of them.”

Added the memo, "My office is prepared to provided fair and impartial guidance to the Council on any and all of these critical matters related to public safety, surveillance and privacy rights."

Click on the link below for more on the smart streetlights and to see just how San Diego Police Department has used them.

Councilmember Monica Montgomery and Georgette Gomez declined to comment for the article.