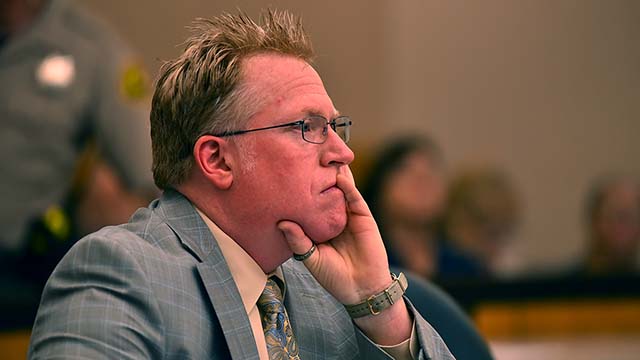 Since 2002, I’ve been fighting for the taxpayers of San Diego — working hard to protect their interests against the insider power-brokers who’ve dominated City Hall for decades.

Always the taxpayer advocate, I’ve spent my entire career standing up to the donor class who’ve made lucrative deals at taxpayer expense.

If elected as San Diego’s next City Attorney, I’ll bring my energy and experience from those battles and put it to work for taxpayers from the inside.

One of the reasons City Hall has racked up so many legal failures over the years is the City Attorney’s Office has been run as just another political office guided by the office-holder’s personal ambition and agenda, not as a law firm trying to help its clients follow the law.

I will change that.

This campaign will be about getting politics out of the City Attorney’s Office and reforming it to function as a law firm that does nothing more than provide top-notch legal advice to the Mayor and City Council as they work to serve their constituents.

What would a non-political City Attorney’s Office look like? Here are just a few examples:

With the right leadership, the City Attorney’s Office can play a vital role in protecting the public interest and San Diegans’ quality of life. It can do this by ensuring that government officials operate within the boundaries of the law. Competent, unbiased, non-political legal advice for the Mayor and City Council is therefore essential.

Bad legal advice from the current City Attorney has cost San Diego taxpayers tens of millions of dollars and contributed to a deterioration in our neighborhoods’ quality of life.

While the Mayor and City Council will be my client’s decision-makers — and I will protect their interests as the public’s representatives every step of the way — my advice to them will always be influenced, first and foremost, by the oath I took as a lawyer to uphold the rule of law. That means giving honest, informed, fully transparent legal advice free of taint from any political agenda.

I will also set a new standard for transparency in the City Attorney’s Office. Except in those few instances when the law requires that my advice be given confidentially, the advice I give to the Mayor and City Council will be public so that I, too, can be held fully accountable for the work I do on the public’s behalf. This way the public will be confident that the policy-makers are getting solid legal advice.

I’ve done my best for nearly two decades to protect taxpayers from outside City Hall. It’s now time for me to give San Diegans my best efforts from the inside.

Cory Briggs is a public advocacy lawyer who is campaigning to be elected City Attorney of San Diego in 2020.