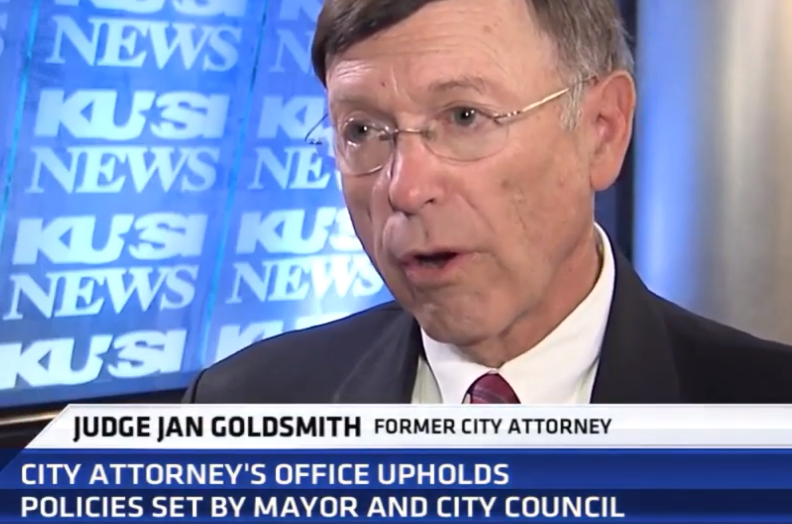 In an interview on KUSI, former City Attorney and current Judge Jan Goldsmith offered praise for Cory Briggs and his candidacy for City Attorney. Judge Goldsmith told reporter Sasha Foo, "If he has the view that I have and that is that City Attorney is the lawyer for the city, not the policymaker, then he could be an effective City Attorney."

Goldsmith noted that if he becomes City Attorney, Briggs will have to change his business model, "his model is filing lawsuits against cities, not just the City of San Diego but all across Southern California, there's nothing wrong with that, that's how we keep people honest and keep governments working well, so that's his business model and all I'm saying is he has to convince the public that THAT business model was for that law practice. When he's City Attorney it's going to be a separate business model that is not political."

Briggs notes that if elected, he will offer "straight up, objective, the best legal advice that the City can get."