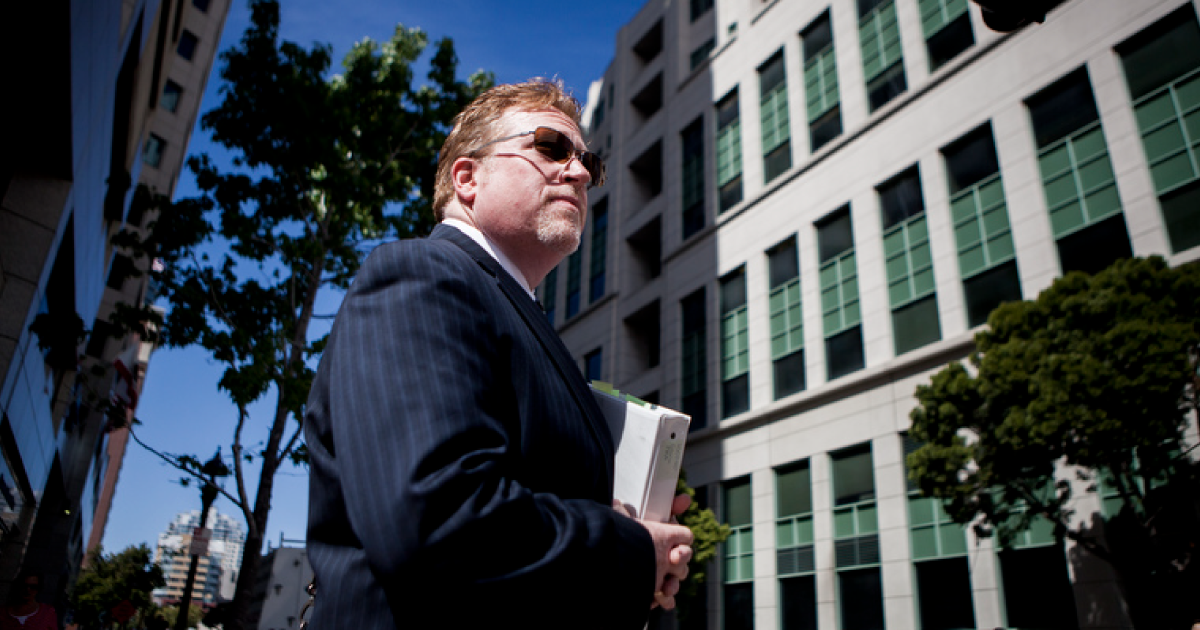 Briggs, who has practiced law in California for 25 years, said that under Elliott the City Attorney’s office is focused on politics rather than traditional legal support and the result is often bad legal advice.

“The mayor and the city council need someone who is helping them to implement their priorities,” he said in an interview with Times of San Diego. “The lawyer should stay in his lane.”

Briggs earlier announced his candidacy for mayor, but later dropped out, saying he decided he is a better lawyer than politician. He filed the official forms to run for city attorney at the end of May.

If elected, Briggs said, his priorities would be running a “straight-up law office,” being “hyper-transparent” and helping the mayor and council members implement their policies.

He said his model would be John Witt, who served as City Attorney for nearly three decades, from 1969 to 1996, and was renowned for politics-free advice.

Briggs called his opponent “bright, smart” but prone to offering bad advice, costing the city millions of dollar on issues like the Pure Water recycling project, the Proposition B pension changes, and competing ballot measures over development of the former Qualcomm Stadium site.

“When you give bad legal advice, it has bad consequences in court,” he said.

Over the years his Briggs Law Corp. has brought suits against the city, San Diego Gas & Electric, the San Diego Convention Center, Walmart and many other high-profile companies and institutions. He most recently defended Julian’s volunteer firefighters as they faced a takeover by the county.

He said his experience in private practice taught him not to waste a client’s money, in contrast to his opponent. “When government lawyers screw up, they shrug their shoulders and somebody else picks up the tab,” he said.

The primary election is scheduled for March 3, 2020.