The dimming of Mara Elliott 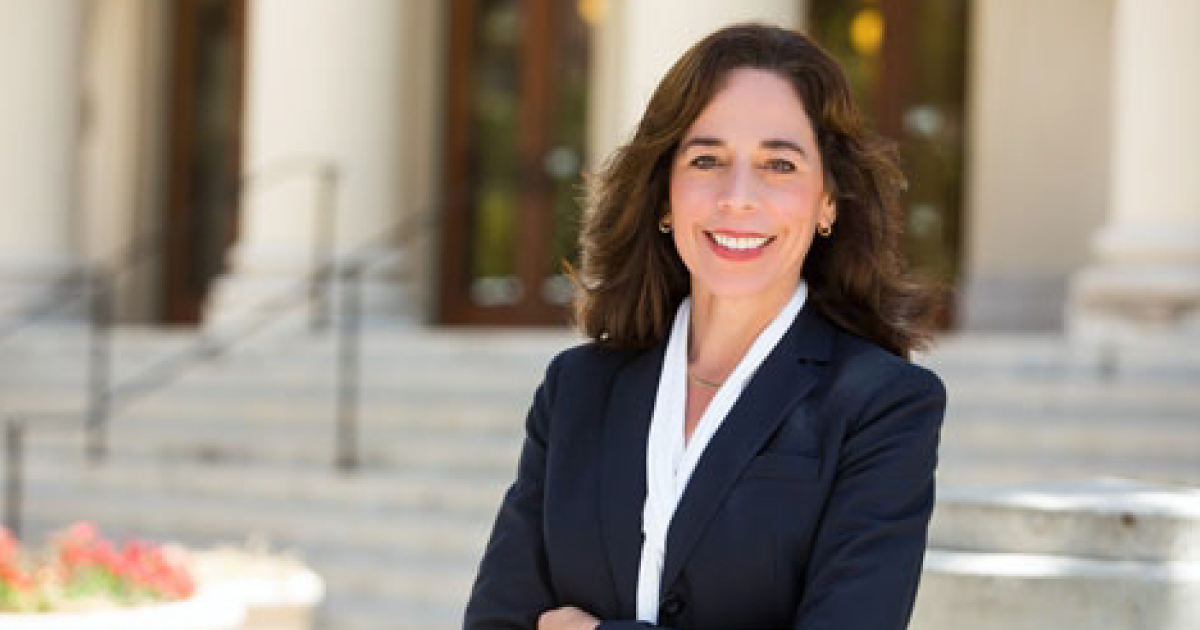 San Diego City Attorney Mara Elliott may have learned something important this week: Standing in the sun under an open-government magnifying glass can leave serious burn marks on a political legacy.

While she wasn’t in the room on Monday, Elliott nonetheless drew bipartisan scorn from nearly all San Diego City Council members for her wildly unpopular effort to alter state public records law.

Elliott’s baby, Senate Bill 615, was being carried in Sacramento by a seemingly less-than-enthusiastic Sen. Ben Hueso. The bill had garnered widespread condemnation from journalists and open-government advocates alike for its call to add new hurdles in the already complicated steeplechase embodied in California’s Public Records Act.

While Elliott and Hueso argued the bill was intended to streamline the public-records-request process, opponents of the bill noted that it adds an extra step that requires record seekers to meet in “good faith” with the targeted agency prior to filing a lawsuit. It also makes it harder to recoup attorney’s fees when prevailing over a government agency in court by requiring that a “preponderance of evidence” proves an agency knowingly withheld public records.

Sitting in for Elliott at Monday’s council session was Assistant City Attorney Sanna Singer. She defended the proposed bill, contending that it “in no way diminishes the public’s right to information or the right to sue. It simply forces good-faith communication before litigation and will likely speed record production.”

What seemed to irk councilmembers on both sides of the political aisle the most, however, was being kept in the dark about Elliott’s sponsorship of the bill. Legally, the city attorney can pursue legislation on her own that, according to Singer, “benefits the city in her capacity as the city’s prosecutor and the city attorney.”

The problem arises, however, when a City Council may not agree with such a pursuit. With the volume of bills being introduced in Sacramento every year, Councilmember Mark Kersey envisioned a scenario where “if you saw the city attorney was sponsoring a bill, you would just maybe assume that the whole city was behind it. And in this case, none of us even knew about it.” Kersey said he’s aware that city attorneys can sponsor legislation without vetting at the council level, but added, “I think it’s more a question of whether they should, not whether they can.”

Councilmembers Chris Cate and Vivian Moreno, typically political foes, issued a joint memo condemning the bill. “SB 615 does not support greater transparency in government and, in fact, decreases the public’s ability to remedy a government agency’s unlawful denial of public documents,” the memo noted. It urged—and the City Council unanimously agreed—to add language to the council’s platform to “oppose legislation that undermines, impairs or erodes the intent of the California Public Records Act or the public’s ability to access public records.”

Councilmember Barbara Bry, now a mayoral candidate, bristled at Elliott’s absence from Monday’s discussion (to be fair, she was busy defending the city in the pension-busting Prop. B case) and said she was “disappointed” the council wasn’t consulted about SB 615.

Activist attorney Cory Briggs, appeared before the council to rip into SB 615. Briggs represents former councilmember Donna Frye in a lawsuit seeking the release of conflict-of-interest waivers issued for outside attorneys who have represented the city in the past but now represent private clients against the city.

The lawsuit has dragged on, with legal bills rising, despite a settlement that’s been offered.

“Yet the City Attorney’s Office refuses to put the offer on your closed-session agenda,” Briggs said. He went on to argue that the public should be able to see the city’s legal advice and the council should endorse such a plan.

“You’re the ones who have to face the voters over your policy decisions,” Briggs said. “If you make a bad call and you did it based on the advice of the City Attorney’s Office, the public should know that you’re not to blame.”

“I’m very disappointed,” the open-government maven Frye told Spin on Monday. “I’m really disappointed because some of this stuff is so basic and so simple. At this point, it’s not a case of whether you have a D or R next to your name. It’s a case of whether or not you’re going to actually conduct the public’s business in a proper way.”

As CityBeat was going to press, Hueso issued a statement Tuesday saying he had decided to pull SB 615.

“After hearing from stakeholders on both sides, I concluded the discussion about how to accomplish efficiency in that system requires a lengthier conversation between all interested parties,” he said in the statement.

Public-record requests are always a crapshoot. Recently, Spin requested information about the city’s current relationship with DecoBike, the Miami-based company that secured a 10-year agreement with the city in 2013 to provide a docked-bike system in town. Some spreadsheets were finally forwarded, but not something else.

That something else was a Feb. 5 letter of termination sent by the city’s Corporate Partnership division to DecoBike ordering all stations and equipment be removed by April 6. The termination, the letter noted, “is necessitated by DecoBike’s material breach of this agreement which has been extensively documented and was mediated on December 5, 2018, by the city and DecoBike…”

A subsequent letter—provided this week by the mayor’s office—offered the company a 60-day extension if it agreed not to sue the city, but it is unknown if the company took the offer.

“This unfortunate statement from the mayor’s office reflects an arrogant pattern of keeping the public uninformed simply because they can,” Frye said in response.

“Perhaps during Sunshine Week they will reflect on what open government is all about,” Frye added, referring to the annual event organized by journalists.

Her advice to Elliott? “It’s always a good day to rethink dumb stuff.”